Congratulations to Sam Reardon, the winner of the first Parkrun Grand Prix! Sam scored over 700 points and capped it with a PB at Bromley on the final day. Sam was pushed hard by Zoe Austridge who led for several months but had to settle for silver medal position with 585 points. In third place with 451 points was Robert Suckling. On the the final day of the first Grand Prix there were once again loads of great performances with Amy, Angus, Bertie, Callum, Charlie A, and Niamh all grabbing PBs at Bromley. In total 49 members of the squad took part during the season with nearly 300 parkruns completed. Details of the next Grand Prix will be published soon. 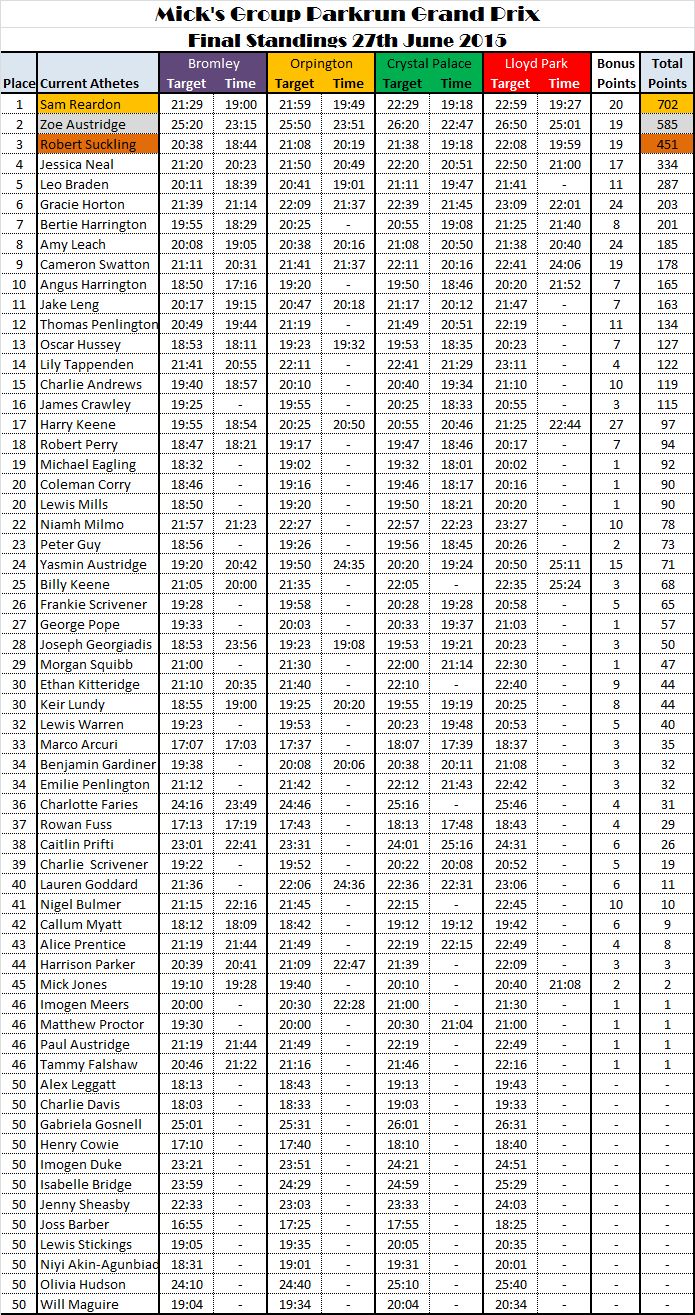 Thank you to  those parents that have been helping coach the training group.

It would be nice if we had even more volunteers to help run the training sessions. We would like to get a rota of people, so nobody has to commit too much of their free time.

Please talk to Paul if you are able to help out.

The last day of the old track surface.

There will be No track based sessions for at least 6 weeks.